Today, we are constantly doing automated driving technology development not only for hardware that enables autonomous operation for commercial operation but also for software to handle that machine.

Below, we will introduce the three main strengths mentioned above through past achievements and examples.

As a platform to develop Autonomous Driving, we have offered RoboCar series which can be used properly according to the application, such as radio controlled car size RoboCar 1/10 and minivan type test vehicle RoboCar MiniVan. On the other hand, we are offering vehicles as a base vehicle for demonstration experiments conducted in Japan.

Below is an introduction of the initiatives. 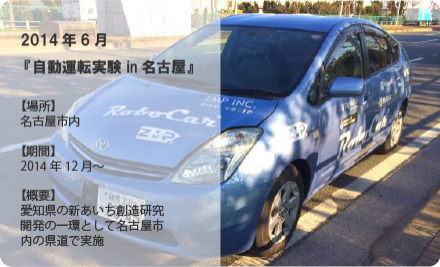 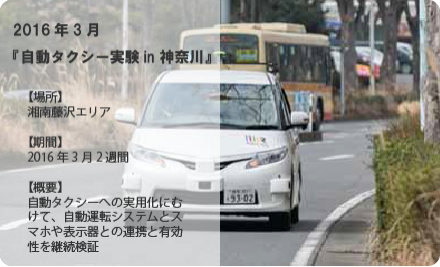 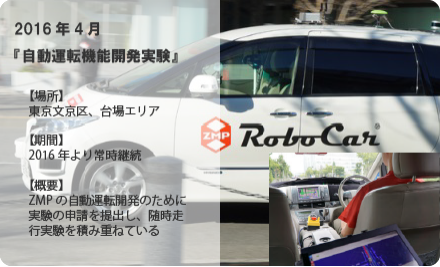 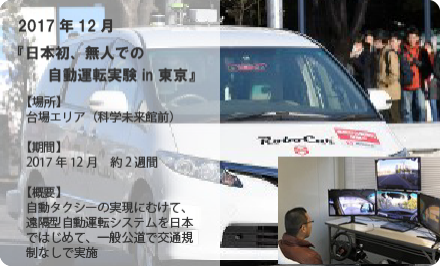 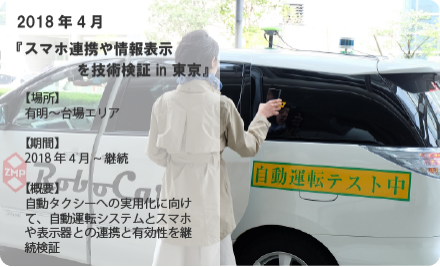 As an introduction record of the past automatic operation development platform,

It has been utilized in various fields as a development tool to support accelerated development of Autonomous Driving / ADAS technology.

And now we are developing not only as a tool to support development but also for commercialization (service conversion) using Autonomous Driving.

Finally, as an introduction to the use case we will introduce examples of actually introducing and utilizing ZMP's Autonomous Driving vehicle platform.

Four technologies and configurations that realize Autonomous Driving will be explained below.

Other products and services are here

At ZMP, we offer new products and services that make use of these achievements and know-how and utilizing Autonomous Driving techniques.

As a service utilizing synchronous data measurement and analysis technology of multiple sensors in the development of Autonomous Driving, we provide RoboTest serving as a running data acquisition solution. 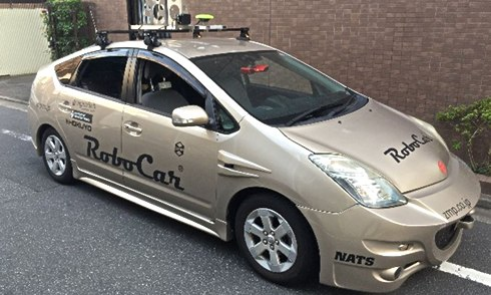 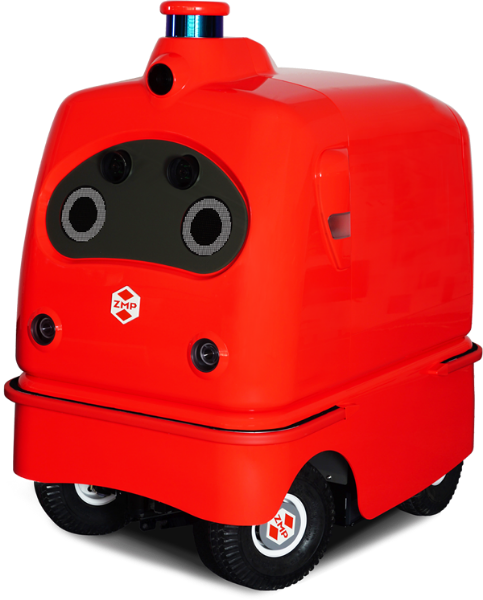 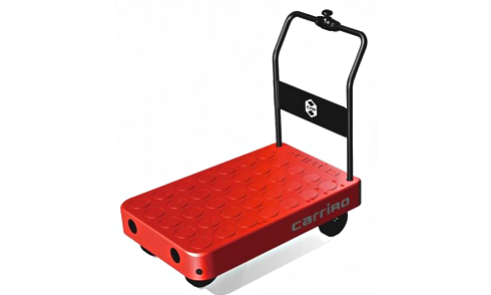