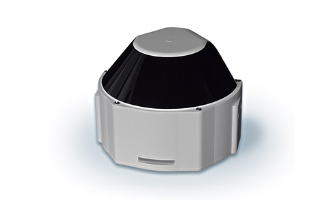 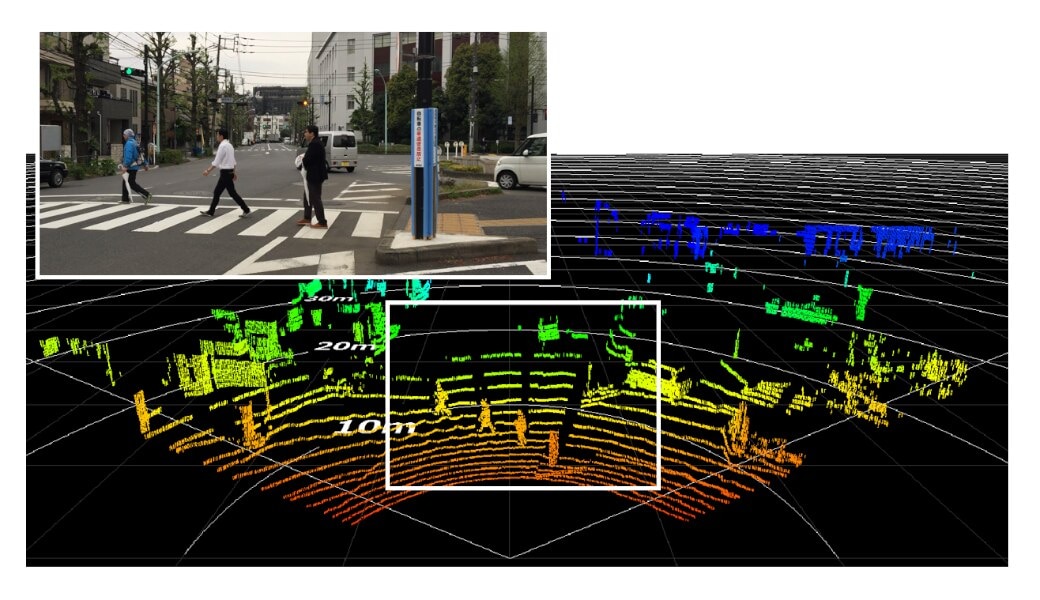 This is a TOF (Time Of Flight) type laser radar that can scan a wide range of up to 24 beam in the vertical direction and up to 120 ° in the horizontal field of view. Even at night, it is possible to detect and observe people and objects in real time while distinguishing between people and objects such as terrain and structures without being affected by street lights.
Moreover, sensing without gap can be obtained and information of higher density than conventional LiDAR can be acquired and it can be used for recognizing thin lines and small shapes which could not be detected by conventional methods.

Also, in order to realize autonomous driving, it is necessary to accurately detect the movements of cars and people without being affected by ambient light such as headlights and street lights even at night. Konica Minolta's 3D laser radar adopts the technology of highly accurate coaxial optical system in which the irradiated light rays return through the same orbit (axis), thereby eliminating disturbance light such as the sun and headlights as much as possible. Even during outdoor use during the day, highly accurate measurement can be performed as shown in the image below.

It is also possible to distinguish objects such as road white lines and asphalt by measuring the intensity of the returning light.
Combined with real-time detection, it has potential as a variety of environment recognition sensors such as construction machines, logistics machines, and mobile robots.

As a development environment, we are providing an SDK (Software Development Kit) to facilitate analysis of measurement data by 3D laser radar, and provide an environment that can be easily and quickly introduced for each application.

In the development of Autonomous driving vehicles such as Autonomous driving/ADAS (advanced driving support technology), robot, etc., it is necessary to identify the position of the vehicle and detect other vehicles and pedestrians, obstacles, etc., existing in the surroundings.

・ Vertical scanning up to 24 beam and horizontal angle of view up to 120 degrees is possible.
· It is possible to acquire high-definition three-dimensional information while achieving both the above angle of view and real time
· Maximum measuring distance vehicle:100 m or more Person:50 m or more
· Resistant to disturbance light
· Realize pixel placement with no gap 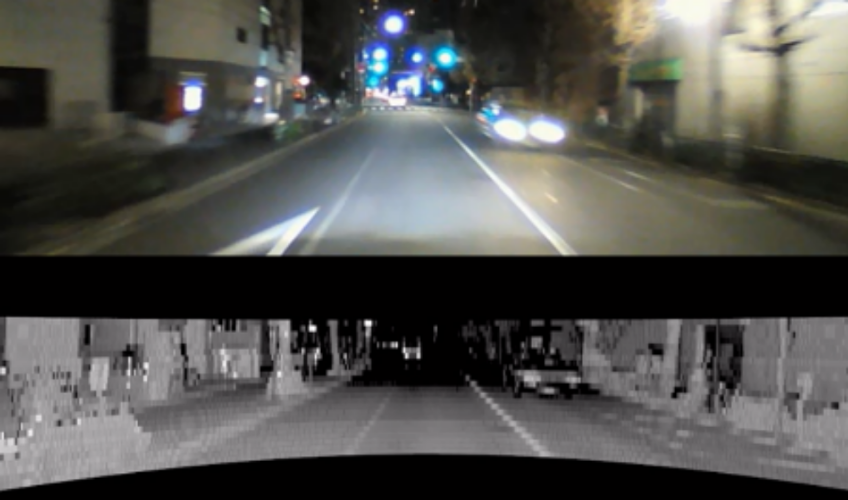 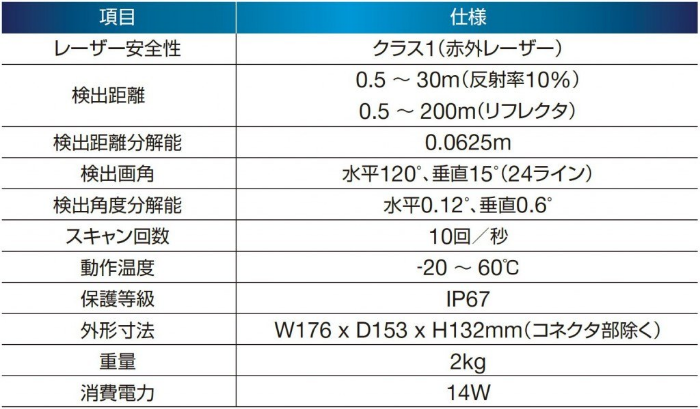 Please inquire about the price. 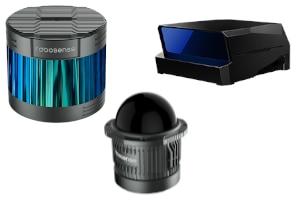 RoboSense's 3D-LiDAR lineup is also available. We handle two types of 16 beam and 32 beam, LiDAR that can scan the entire circumference with a horizontal angle of view of 360 °.
Click here for details