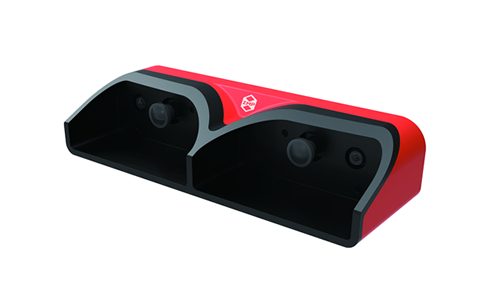 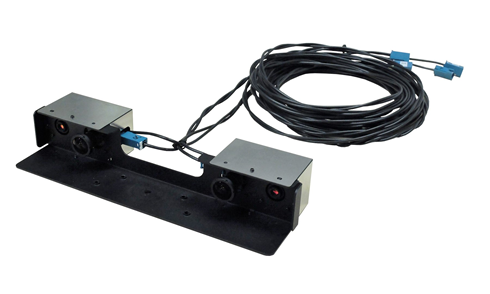 RoboVision®3 is a stereo camera capable of sensing a maximum measuring distance of 150 m and a horizontal viewing angle of 110 °.
It can be used for the detection of oncoming vehicles from a distance when turning right at the intersection which was difficult in the past and for wide detection of pedestrians and vehicles at the intersection right turn.
The image sensor adopts the newest Sony made high-sensitivity CMOS image sensor IMX390 for automotive use.
Simultaneous processing of HDR and flicker suppression of LED signal is possible, and we can expect significant improvement of recognition and judgment function important for ADAS/Autonomous Driving.
The output corresponds to the parallax image and the point cloud. You can also use it for self-location estimation and motion detection, point recognition, detection of machine learning and deep learning detection results, etc. using point cloud.

This image sensor has a function of suppressing LED flicker which occurs at the time of photographing LED indicator, traffic light, etc., and HDR function realizing shooting with a wide dynamic range of 120 dB. Commercialization of an image sensor that enabled simultaneous use of LED flicker suppression function and HDR function was the first in the industry, realized by Sony's unique pixel structure and exposure method.
Moreover, due to the high sensitivity characteristics, it is possible to shoot high quality color images even under the environment of low illuminance of 0.1 lux corresponding to the moonlight.

A wide range of image measurement is possible with 1.2 lenses 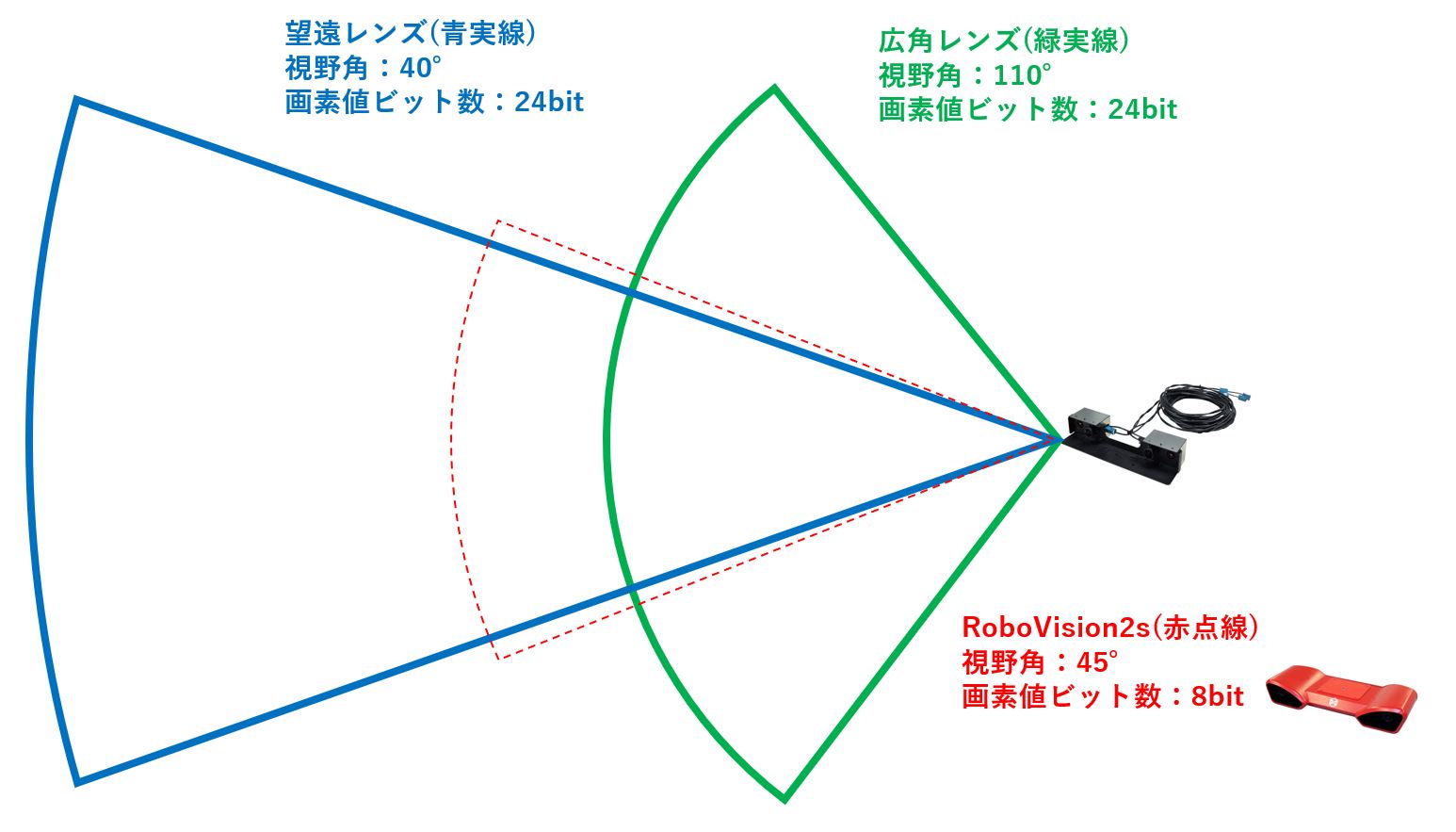 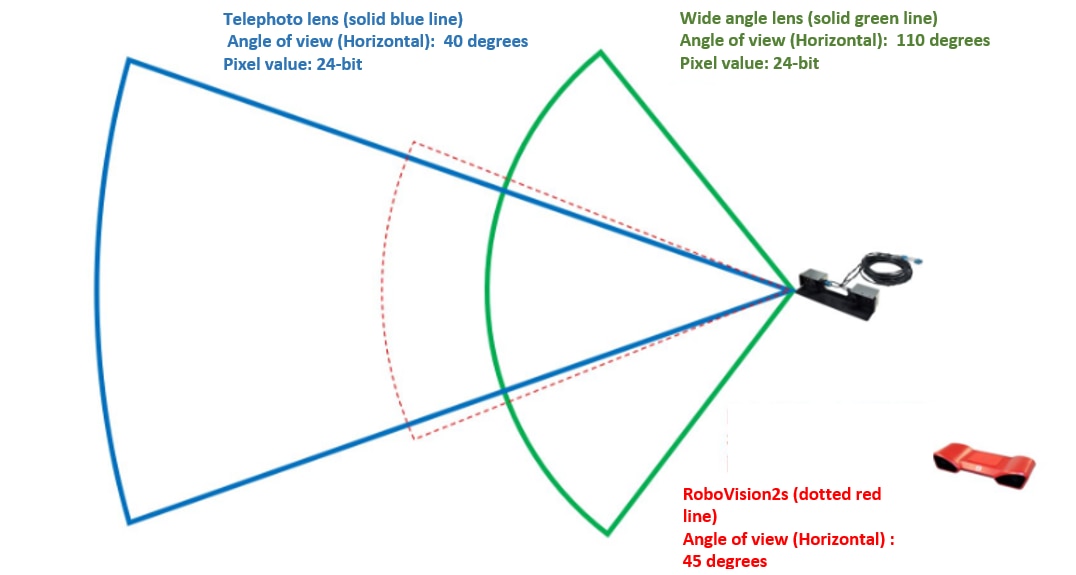 RoboVision®3 measurement range
RoboVision®3 integrates a wide range of nearby objects and two stereo cameras using a telephoto lens and a wide angle lens in order to detect a far object ahead, the maximum measurement distance is 150 m, the horizontal viewing angle is 110 °. It is a stereo camera where sensing is possible over a wider range than RoboVision®2s. (The solid line in the upper figure is the sensing area image of RoboVision®3)

The image of the measurement scene and the distance measurement image are shown below. Scenes assumed for Autonomous driving etc. can be handled by using two stereo cameras properly.

· For distance measurement of distant vehicles assumed when turning right

· For more extensive measurements assumed at the time of left turn

Difference between same images
HDR (120 dB) and super multiple tone (24 bit) output are realized to cope with environments with large contrast difference. It is possible to generate bright images and dark images from one image and to recognize objects even in environments where brightness changes greatly. By doing this, it is possible to recognize the object outside the tunnel while staying in the tunnel.

Below are the images with the brightness of the measured image data changed and the videos shot of the LED traffic light while running.
In scenes with a large contrast difference, image processing is performed with image information whose brightness has been changed, so it is possible to comprehensively recognize dark areas in the tunnel and bright areas of the exit. In addition, signals and indicators using LEDs have traditionally caused flickering (flashing) phenomena, but flicker suppressed measurements are possible. 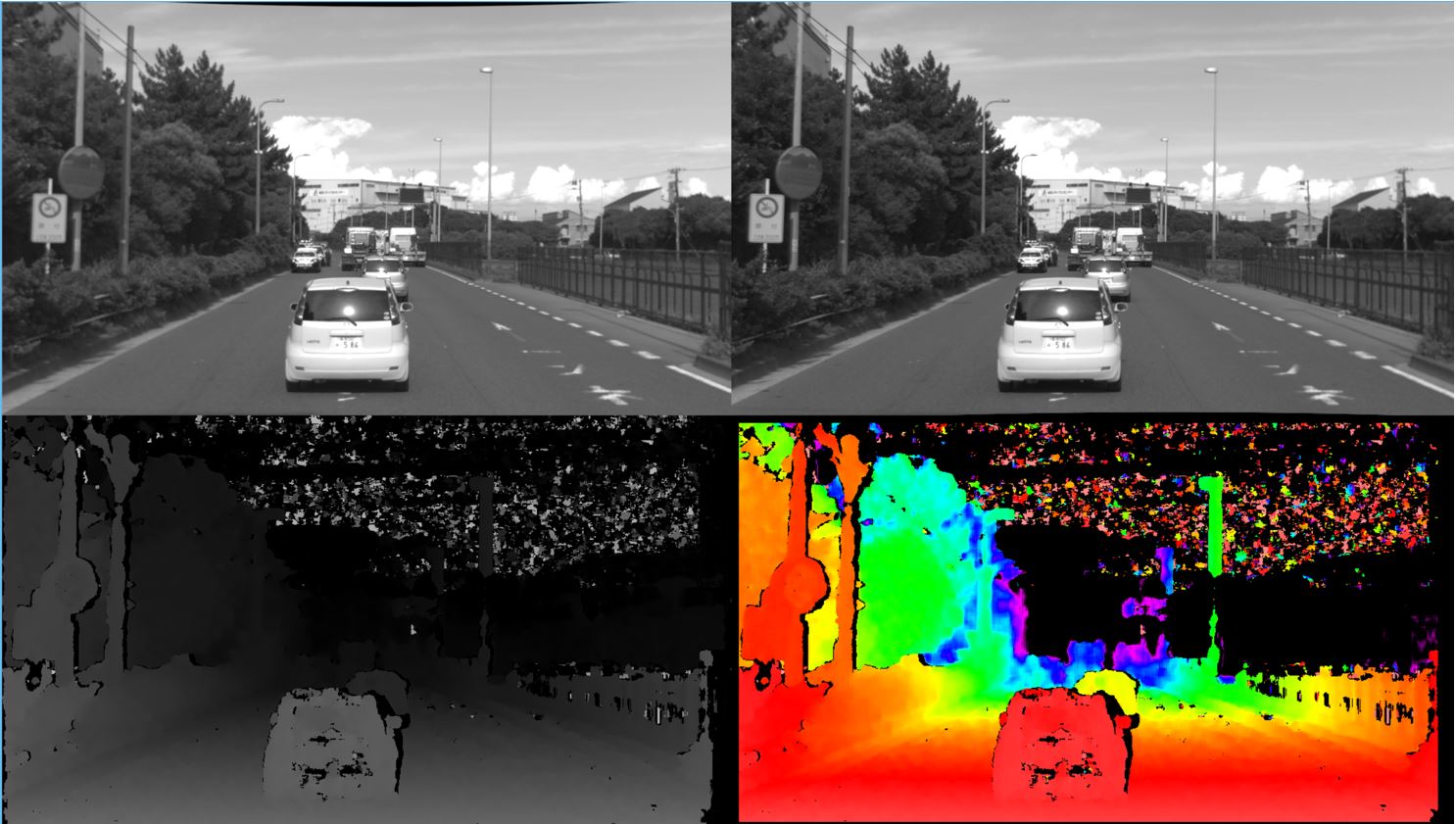 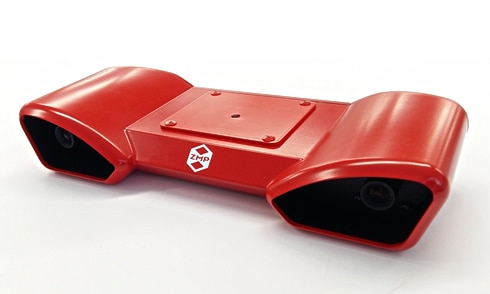 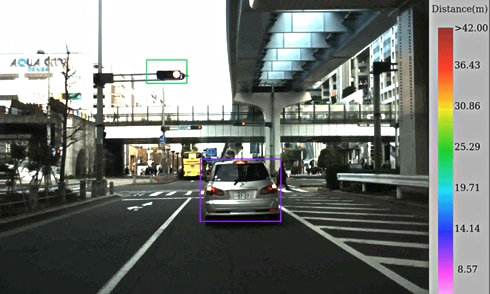 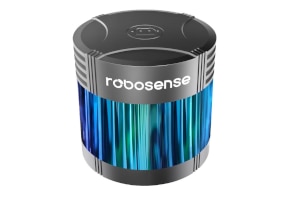 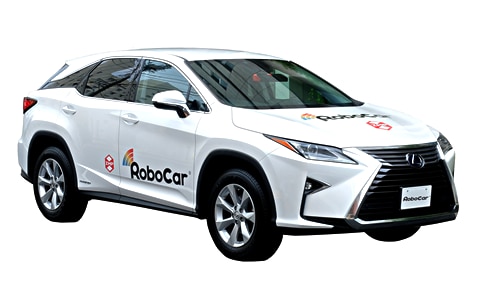