We will explain the below topics here.

1. What is Autonomous Driving ?

Autonomous Driving means "a system that performs autonomously without relying on people to handle vehicles or moving bodies".​ ​

In recent times Autonomous Driving has been a common topic in the articles.

If autonomous driving is put into practical use, it is a technology used as a safe and comfortable means of transportation, where an autonomous car reduces accidents and traffic congestion and takes you to the destination without the driver's operation. Currently, many cars are beginning to sell with some of their automated driving features. Autonomous Driving technology that evolves in harmony with the traffic environment.

Research on automation of robots and moving bodies has been on for a long time.
In the 1900's, it seems that the idea of "turning automobile into automated driving" appeared from about the time the car began to be used even in general.

In Japan, self-driving cars designed for driving on the road were developed in 1977 by Prof. Toshiyuki Tsukawa of the Mechanical Technology Research Laboratory in Tsukuba. In 1980, Mercedes in Germany was also actively working on the development of Autonomous Driving technology.

Since then, research has been conducted on autonomous mobility at each university, and in 2004, sponsored by DARPA (National Defense Advanced Research Projects Agency) the Autonomous Driving car contest "DARPA Grand Challenge" was held.

We designed and sold conventional biped walking robot and home entertainment robot and for the future we started to utilize this robot technology to steer up the development of Autonomous Driving technique which is required socially.

Currently automakers and IT makers, venture companies are working on development aiming at practical use of Autonomous vehicles, and development competition is intensifying.

ZMP took part in the TOKYO MOTOR SHOW which was held in 2013, we carried out the RoboCar test drive session and later according to the guidelines, we started the demonstration tests on public roads. In 2020, we are promoting development the to start Auto taxi service.

SAE International (Society of Automotive Engineers) published the classification system for the six different levels in 2014, updating in 2016 and 2018 titled "Taxonomy and Definitions for Terms Related to Driving Automation Systems for On-Road Motor Vehicles"and JASO TP 180043 (February 2018), which is a Japanese reference translation.

What is SAE (Society of Automotive Engineers)?
SAE International is a global association of more than 128,000 engineers and related technical experts in the aerospace, automotive and commercial-vehicle industries,
and their core competencies are life-long learning and voluntary consensus standards development.
As of 2006, it is an organization with 90,000 members from 100 countries.

There are six levels of Autonomous Driving in the SAE's classification system, ranging from level 0 to level 5.

Who will take responsibility when an autonomous car causes an accident? There is a concern that there is currently a division between levels 2 and 3.

Currently, up to level 2 is adopted for commercial vehicles in Japan, and its commercialization is in progress.
The ADAS technology currently installed is the function to support the driver to the last and the responsibility in case of an accident is on the driver side.

On the other hand, it is said that the responsibility for accidents is on the side of automated driving systems (cars) when it is level 3 and higher because it doesnt involve drivers operation.

Therefore, commercialization at level 3 or higher of automated driving requires the development of laws (such as clarification of responsibility in case of accidents) and the development of infrastructure, with a focus on the government.

The Government of Japan is aiming to commercialize Level 4 that is Level 3 with expressways and Level 4 fully automated driving within a limited area by Tokyo Olympics 2020, and legal development of the law regarding Autonomous driving is currently underway in Japan as well.​ ​

On March 8, 2019, we revised the Road Traffic Act (the Road Traffic Act) and the Road Transport Vehicle Act.
Drivers are still necessary in level 3 cars, but are able to completely shift "safety-critical functions" to the vehicle, under certain traffic or environmental conditions. It means that the driver is still present and will intervene if necessary, but is not required to monitor the situation in the same way it does for the previous levels.

Therefore, it may be safe to do other things while driving with the automatic driving system, How well the system takes over, and whether there were no problems in taking over the system in the event of an accident, it may be difficult to draw the responsibility between the car manufacturer and the driver.

For this reason, some manufacturers have argued that it would be realistic for practical use to go ahead with a self-driving system with Level 2 and Level 4 pillars.

Here, we introduce "How fully automated cars are taken by people".

The social acceptability of fully Autonomous Driving vehicles differs from country to country.
According to the data from 2017, the number of consumers who feel "unsafe" in Japan is comparatively low when compared to the consumers in China.

ZMP continues its demonstration tests to improve the social acceptability of Autonomous Driving.

We carried out the first Autonomous Driving taxi service trials which is to be the first one in the world from 27th August to 8th September 2018 and the route was from Otemachi to Roppongi.

One of the customers who has ridden the car commented that, the sensor mounted vehicle gave us a safe and ease ride. Even though I was tensed in the beginning, I felt like I was riding a normal car only.

Various approaches are necessary for running automated vehicles in society and it is necessary to continue working on it from now on.

Along with the improvement of the technology and social acceptance of Autonomous Driving, another matter to be resolved is concerning legal maintenance.

In addition, not only legal maintenance but also traffic rules and enlightenment activities for vehicles driven by people and self-driving vehicles, insurance and guarantees in case of accidents, etc. There are various items to be addressed in order to realize the driving society.

In particular, in the case of Autonomous Driving the topic of the trolley problem is discussed.Whether an Autonomous vehicle be sacrificed at the expense of the passenger if the accident becomes inevitable, or should the pedestrian's life be protected or the passenger rather than the pedestrian, should we give priority to life? There are also cases where the control algorithm needs to be considered ethically.

Research on the "trolley problem" of Autonomous vehicles is going on.

5. Practical use time and approach

2. Honda
There is a news that Honda has partnered with GM in the field of autonomous driving and will invest about 300 billion yen in technology development. Honda is also working with Google, and seems to be an approach that utilizes external resources and promotes development.

3. Nissan
When it comes to automatic driving in Japan, the image of Nissan Motor seems strong. Nissan has developed leaf and skyline as a development vehicles and tests are being conducted centering on motorized vehicles. Nissan's website shows public road tests of the latest Autonomous Driving test vehicles aimed at commercialization after 2020. In addition, it is a company that is actively working on vehicles such as automatic parking and autopilots and some Autonomous Driving technologies.
Efforts towards fully Autonomous Driving

5-2. Overseas companies (Europe and US)

1. GM
GM seems to be working on mass production of self-driving vehicles earlier than other companies, and is developing mass production of self-driving vehicle cruises. GM, Honda, and GM Cruise start collaborating with the goal of transforming mobility using Autonomous Driving technology as a common goal. In addition, GM announces that it will release a car without a steering wheel and a pedal in 2019.

2. Mercedes-Benz
Mercedes-Benz has announced a concept car that will support the future of human and cargo transportation in crowded urban areas. As a Vision series, we have released a series of autonomous driving vehicles, and in September we have announced an all-electric autonomous vehicle called Vision Urbanetic. The Urbanetic, however, is a body-swappable hybrid that can haul palettes, packages, or people, depending on when and where it's rolling. 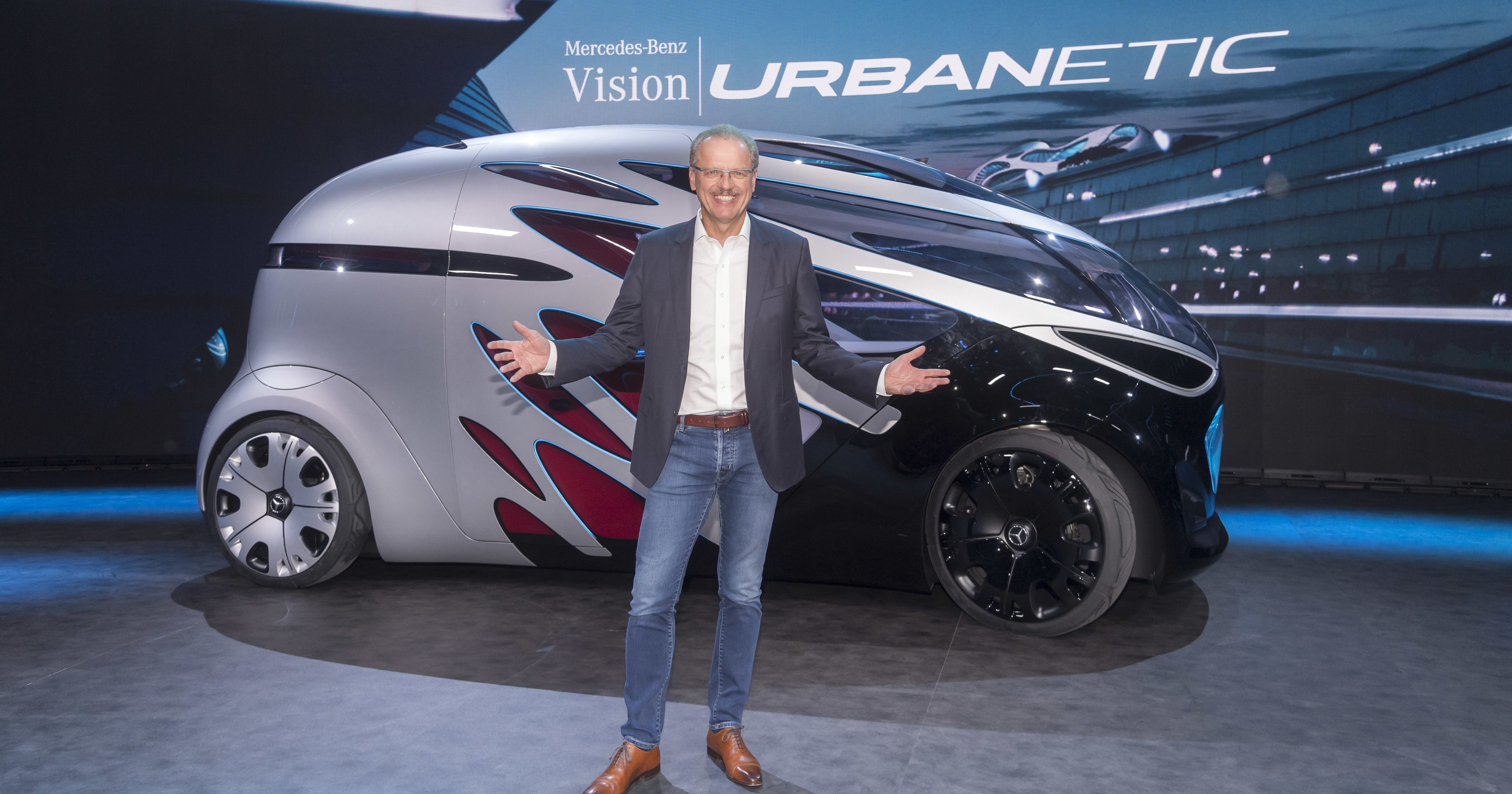 3. BMW
BMW is developing automatic driving and seems to be promoting automatic driving using artificial intelligence (AI). For the first time as an overseas automobile manufacturer, it has announced that it will obtain approval for public road testing of autonomous vehicles and participate in Baidu's autonomous driving development project. Looking ahead, we will develop a platform for the realization of Level 3 and Level 4/5 and work on commercialization through a partnership with Baidu who is currently promoting the autonomous driving development project "Apollo".​ ​

4. Audi
Audi is an automotive OEM that is actively applying autonomous driving technology to commercial vehicles, and has been steadily researching and developing for the future autonomous driving society for more than 15 years. The technology has been developed with the aim of a system that allows the car to run in a safe manner, reducing the burden on the driver under any circumstances, from urban areas to highways and circuit limit driving. The difference with other companies pursues the point that it can drive by automatic driving even in the limit driving, Also on the circuit, we have also realized experimental cars that show performance similar to that of professional drivers.

5. Google (Waymo)
Waymo’s mission is to make it safe and easy for people and things to move around. Although future development plans have not been clarified, it seems that the purpose is to build a safer driver model by repeating driving tests utilizing AI technology.
6. Ford
Ford is considering to launch a commercial service for fully automated vehicles that do not require a driver in 2021. To that end, we are promoting investments and partnerships in various technologies. In cooperation with other companies such as Velodyne, SAIPS, Nirenberg Neuroscience LLC, and Civil Maps, we aim to realize an Autonomous Driving vehicle of Level 4 or equivalent. 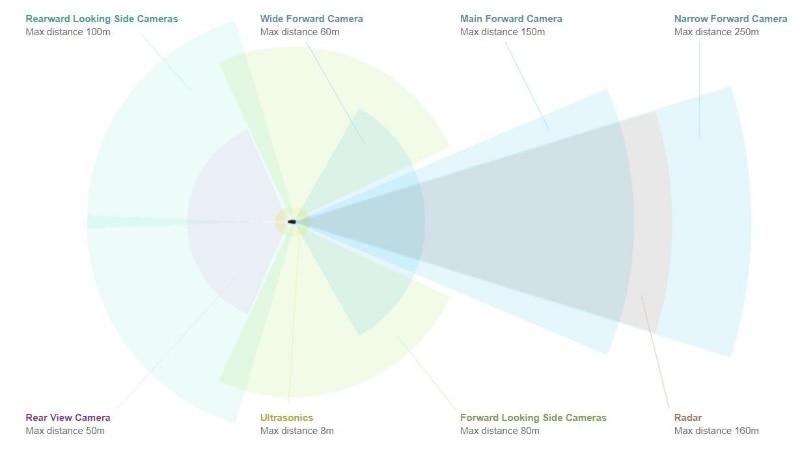 8. Uber
Uber is famous for food delivery services but it is also a company well-known in the development of Autonomous Driving. It had suspended driving tests on public roads due to a fatal accident while driving automatically, but resumed safety testing in Pittsburgh from December 2018 in an effort to improve safety. Uber seems to be promoting joint development with Volvo, and if Autonomous Driving control meeting Volvo safety standards can be realized, it has the potential to become an Autonomous vehicle that more people can use with confidence. 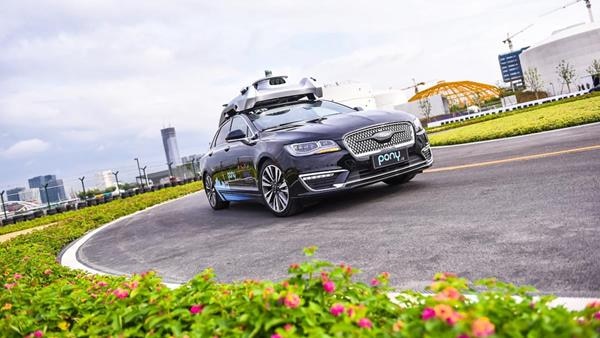 6. Approach to practical application of Autonomous Driving by ZMP

We are actively working on automating all moving bodies regardless of passenger cars. In order to realize the Autonomous Driving service created by the service provider we are offering the system related to Autonomous Driving which we have developed so far as an "Autonomous Driving platform" to business operators aiming to commercialize MaaS.

For inquiries regarding the above & document request etc, please contact us.
For inquiries